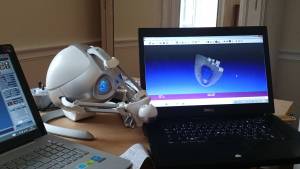 Some of you may know what crowdfunding is but others might not have heard of this type of funding.

So what actually is Crowdfunding all about?

“It’s the practice of funding a project or venture by raising monetary contributions from a large number of people, typically via the internet. One financial expert describes it as “large groups of people combining their economic power to support an organization, company or project they believe in.”

The crowdfunding model is fueled by three types of actors: the project initiator who proposes the idea and/or project to be funded; individuals or groups who support the idea; and a moderating organization (the “platform”) that brings the parties together to launch the idea.

In 2013, the crowdfunding industry grew to be over $5.1 billion worldwide.” this was taken from wikipidia

Are you someone who likes to help other people succeed in their dreams and goals? Then crowdfunding is for you!

There are various types of crowdfunding campaigns including Rewards Based, Equity, Debt based, Litigation and Charity. But I’d like to focus on rewards based in this post.

So rewards based crowdfunding is when people raise money to fund their new project, or innovative product. And the supporters get something in return for pledging their hard earned money based on how much they donate.

Campaigners come up with a list of pledges which they can give to their supporters. These could include products, experiences or other incentives to entice the supports to pledge their money. Pledges can range from as little as £1 up to £100s or £1000s.

There’s also various crowdfunding portals/platforms set up. In 2012 there were over 450 to choose from. So how do you know which one to choose?

You need to do your own research and find out which platform is most suitable for the type of project you are doing. There’s crowdcube, bloom, seemr and Kickstarter just to name a few. You can start researching these platforms to get you started.

Why do people launch a crowdfunding campaign?

But if the campaign is fully funded within the specified timescale then the money gets deducted off the supporters account at the end of the campaign.

Sometimes campaigns can be really successful. For example the

What are the benefits for supporters or backers of my campaign?

By supporting the campaign you will allow people to be educated, will help support a new era of jewellery designers and will encourage the creative community of Dundee to grow.

You’ll get the chance to learn directly from one of Dundee’s most successful and longest established jewellers and have your own ring which you have made to take home with you. Being part of this amazing event will give you the opportunity to be involved in new innovative experiences within the creative industry. You’ll also be able to meet me, visit my studio and experience the world of a jeweller. Or come for a VIP trip to the Edinburgh festival to see my jewellery stand and you will be treated to lunch!

You’ll also get that warm fuzzy feeling inside knowing that you have supported a small creative business in advancing to a new level. Just one donation will help the creative community to grow.

It would be absolutely fantastic if my Kickstarter campaign is successful. I’m only asking for £1500 so that I can purchase new innovative software so that I can push my work to a new level, incorporating new technology with my handmade skills. But this is just the start of my project, my big goal is to open up an educational/ retail space which will bring community, artists and the public together.

You can help support my campaign here

Please spread the word it will only take 150 people pledging £15 each to allow an artist/designer achieve her goal. Thanks so much x